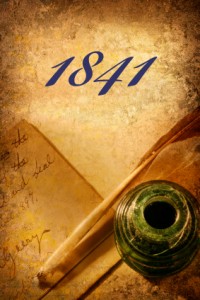 The 1841 census was taken on June 6 1841. The age and sex of each person were recorded, males were in one column, females in a separate column. Ages up to 15 are listed exactly as reported/recorded but ages over 15 were rounded down to the nearest 5 years. So, a person aged 63 would be listed on the census as age 60 years. Someone aged 69 would be recorded as 65 years. Occupation/profession or trade was recorded. Some people are simply listed as being “of independent means”. Birthplace was recorded. If the person was born in the county where the census was taken (usually recorded as a yes or no), this is is shown in Born 1. If they were not born in the county, this is shown in Born 2. There maybe an entry such as S – for Scotland or even an F for “born in foreign parts”.

In Marden there were 2,074 people recorded and 53 of them were listed as having not been born in Kent, but the only details we know are that 15 year old Victoire Hooker of Jewell House was born in foreign parts and that 55 year old Jane Legeyt, wife of the vicar and living at the Vicarage, was born in Ireland.

The youngest person recorded was a two day old boy from the Hysted family at the Beach (now Beech) and the oldest were three old men and one old lady of 85, with 2069 people in between.

293 of them were agricultural labourers and 72 were farmers. There were 65 female servants and 72 male servants some of whom worked for the 41 people who were of independent means.

The village was bustling with 7 bricklayers, 2 brickmakers, 2 gate keepers, 13 carpenters, 4 gardeners, 2 corndealers, a basketmaker, a labourer, a charwoman, a glazier, 3 thatchers, a sweep, 6 smiths and 2 blacksmiths.

Things were kept moving with the help of 3 carriers, 4 wheelwrights, a farrier and 2 sadlers.

7 grocers and grocer/drapers kept the village fed and clad with the help of 3 fruiterers, 4 butchers, 3 millers, 18 shoemakers, 7 tailors, 2 dressmakers, a watchmaker, a weaver and 2 cordwainers. While an innkeeper and a beerseller assisted by a maltster and 2 coopers kept the villagers in beer.

A surgeon tended bodies, a schoolmaster instructed minds, while a dissenting minister and a clergymen with a sexton looked after souls. 2 men were in the army.

Last but not least there was George Sharp, a higler, an itinerant dealer or “Haggler”. 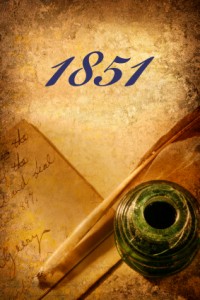 The 1851 Census for England was taken on the night of 30 March 1851. The following information was requested:

Enumeration forms were distributed to all households a couple of days before census night and the complete forms were collected the next day. All responses were to reflect the individual’s status as of 30 March 1851 for all individuals who had spent the night in the house.

In Marden we have records of 2,298 people, an increase of 224 on the 1841 census. The oldest were 88 year old Thomas Botten a widower of Pattenden Lane, the Beadle, and Mary Ashby, a widow, who was receiving relief from the Parish. There were 30 paupers in the village not including Mary. We can also pick out other misfortunes. There were 4 deaf people, all in the Winchet Hill/ Little Cheveney area. A 4 year old boy was dumb and there were 3 people who were blind including Iden Baker, aged 74, a Chelsea pensioner. 12 people were Annuitants (in receipt of an annuity).

More than half of the population, 1,487 people, had been born in Marden, while 85 came from Goudhurst, 79 from Staplehurst and 65 from Yalding. The vast majority of the rest were from other Kentish villages, with a further 79 from Sussex. Other southern counties were represented, as well as a sprinkling of people from further afield including one from Ireland (Richard Baker, Ag Lab) and one from Scotland (Theodore Head, the Railway Station Master). By far the person most distant from her birthplace was Susannah Iggulden, daughter of William Iggulden, butcher. She had been born in Bangalore, East India. There were 35 visitors in Marden that night including Maria Hartnup at Vicarage House, a governess who had been born in France.

The arrival of the railway in 1842 can be identified in this census. By 1851, as well as Theodore Head, Station Master, there were 4 Railway Plate Layers, 2 Railway Labourers and 4 Porters living in the village. Perhaps as a result of the opening of the railway, Henry Brown at Mount Pleasant had opened a Earthenware Pottery and we can assume that he was employing the 2 Potters and a Potteries Clerk also listed. Despite the arrival of the railway the Turnpike was also providing employment with a Toll Gate Keeper, a Surveyor and a Labourer.

However farming was by far the largest source of employment with 404 Ag Labs (Agricultural Labourers). There were 60 Farmers with acreage ranging from 6 to 472 acres. Farming also employed Servants, Stewards and Bailiffs, not to mention 14 Farmers’ wives and 23 Farmers’ sons.

292 Scholars were taught by 1 Schoolmaster, 2 Schoolmistresses and 1 Teacher (averaging 73 pupils per teacher).

Perhaps the least enviable occupation of all was that of 42 year old William Clark, a Rag and Skin Gatherer.

These contain the usual headings of Surname, Forename, Relationship, Status, Age, Occupation, Where born, Address and Notes. However both the 1861 and 1871 censuses only have a limited number of precise addresses, and the Marden 1871 Census contains no notes.