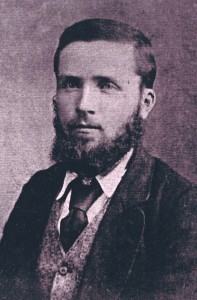 William, the son of Richard Swan, bearing a great resemblance to the description of his father

Richard Swan was the 5th son of Stephen Swan of Marden, and Elizabeth Fisher, possibly of Maidstone, Kent, England. They were married at the St. Mary’s Church, Nettlestead, Maidstone, Kent on 10th Oct 1794.

A Protestant, who could neither read nor write, he worked as a labourer and ploughman in the fields around Kent. On 6th January 1842 at the age of 24 Richard was sentenced at the Maidstone Quarter Sessions to 15 years hard labour for stabbing and wounding and imprisoned on the hulk “York” in Gosport Harbour.

Transported as a 2nd class convict to Hobart Town, Van Diemen’s Land (later to be renamed Tasmania on 1st Jan 1856) on the second sailing of the ‘Marquis of Hastings’ on 11th July 1842 he arrived in Hobart on 8th Nov 1842. During his time as a convict he met Mary Ann Bulmer, a convict from Carlisle, Cumberland, England. Mary Ann was charged and sentenced to 8 years in the Durham Assizes for house breaking and transported to Van Diemen’s Land aboard the “Asia” on her seventh sailing on 3 Mar 1847, arriving in Hobart Town on 21 Jul 1847. After applying for permission to marry twice, on the 9th and 14th Oct 1849, without success, they finally were approved on 21 Aug 1849 and were married at the St. Luke’s Uniting Church, Richmond, Van Diemen’s Land on 29th Oct 1849. 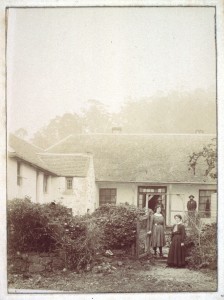 Prossers Plains was a vast region of Tasmania from Triabunna on the east coast to Whiteford just east of Oatlands down almost to Richmond and took up small towns that rose from the timber mills set up to harvest the hardwood forests. These towns with names such as Buckland, Wielangta, Pawleena, Nugent, and many others had and still have an association with the descendants of Richard and Mary Ann Swan. Wielangta is where Richard’s son William and his wife Emma Ellen settled to raise their children and it is believed Emma started a boarding house called “Mum Swan’s Boarding House”, which was still running in the 1920’s. Wielangta is now a National Park and the boarding house still stands as a private residence.

Richard died 4th Sept 1882 at Buckland and Mary Ann died 16 Apr 1896 and I have yet to find their graves. They had at least 7 children reach parenthood and their descendants are spread all over south eastern Tasmania from Huonville to Oatlands and out to Triabunna on the east coast.

Finally, some reference has been made to Richard being a Pirate or charged with Piracy but I have not found any evidence at this time.