An Act of George IV 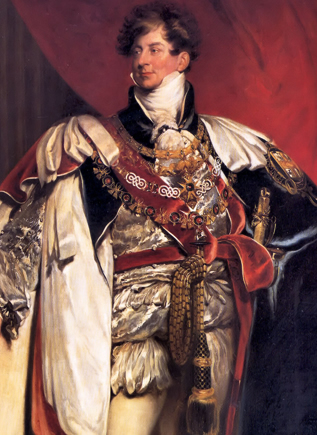 The Trustees have put these into execution & borrowed considerable sums on the Credit of the Tolls. Money is due & owing with large arrears of Interest which cannot be paid off, nor can Roads be Amended, Widened, Altered or & kept in good Repair unless the Acts continue. Expedient to repeal former Acts & more effective Provision made.
3rd year of George IV – An Act to amend the General Laws now in being for regulating Turnpike Roads in that part of Great Britain called England.
5th year – An Act to enable Justices of the Peace for Ridings, Divisions & Sokes to act as Trustees for Repairing and Maintaining the Turnpike Roads.
8th year – An Act to amend the Acts for regulating Turnpike Roads in England and the Acts of George III to be Repealed.

II. This Act to Commence for the purpose of Repairing this Road.

III. The acts of George IV to be Valid & Effectual for this Act.

IV. Tolls Granted & Received are liable to Pay off all monies owing. All Interest due to be taken. Persons owing money to the Trustees shall be liable to pay.

V. All Deeds, Agreements, Contracts & Securities made for the 3 repealed Acts shall remain in force & effect until fully Satisfied or Performed.

VI. All Books relating to the Roads to be given in Evidence in all Proceedings as if the repealed Acts still in force.

VII. All persons employed by the repealed acts & have in their Possession any Money, Books, Writing or Things relating to the Roads shall Account for, Pay & Deliver them.

IX. It will be lawful for the Trustees at their 1st meeting to appoint any number of persons (not more than 3) being qualified by the Act to be as Trustees.

X. The Trustees shall hold their 1st meeting at a House or Place in the Parish of Horsmonden on Wednesday, 4 weeks after the Act and meet again from time to time, adjourning to & meeting at such times & places at, near or upon the Roads.

XI. Former Officers (except Treasurer) shall hold office until removed.

XII. Trustees may Continue or Remove all or any of the Toll Gates & Toll Houses now standing across the Roads or at the Sides & Erect & Set up any other Gates, Side Gates, Weighing Machines & Toll Houses with Outhouses & Conveniences across or by the sides of the roads, or across any common Highway leading into them. Also enclose suitable Garden Spots for the Houses (not more than 1/8 acre) & can Take down, Remove or Alter the same.

XIV. Low Carts or Trucks with narrow Wheels pulled by a Dog/s & heavily laden have caused damage to Roads & Inconvenience & Danger to Travellers, therefore it is reasonable for them to pay Tolls. Every Dog drawing a low Cart, Truck or like shall pay 2d at each Gate. All sums of money taken shall be vested in the Trustees and applied as to be directed.

XV. No more than 4 full Tolls can be taken in 1 day for the same Horses, Beasts, Cattle or Carriages on the Road from Pullen’s Hill to W. Farley and no more than 1 full Toll on the part of the Road from Wadhurst to Lamberhurst.

XVI. Any Horse, Beast or Cattle can pass through the Gates a 2nd time on the same Day when producing their Ticket, but on the 3rd time they must pay again. Horses, Beasts drawing a Stage Coach, Caravan or Stage Wagon, Cart or other conveying Passengers or Goods must pay every time.

XVII. Between 10th October & 1st April there will be double Tolls for any Horse or Beast drawing any Carriage laden with Timber, Wood, Hop Poles or Iron.

XVIII. As the said roads lead from various parts of Kent & Sussex to Coxheath & other places where great quantities of stone are obtained for repairing roads a distance away & also to Wharfs on the Medway where Sprats, Rags, Rape Dust & other Artificial Manures are sold, thus causing heavy Traffic in all seasons, especially Winter are damaging roads. Tolls to be paid for Horses or Beasts drawing Carts or Wagons from 10th October to April 1st laden with Stones, Bricks, Wood, Timber & Materials for Turnpike Roads (except the Roads in this Act) & for making & repairing Public Highways or Bridges not in these Parishes. Tolls shall be paid for Horses or Beasts carrying Dung, Soil, Compost or Manure not made or produced on Farms in the Parishes of these Roads. Any persons claiming exemptions illegally shall be fined up to £5.00. Onus of Proof is with the Claimant.

XIX. £1% p.a. of all monies now due on the Tolls & on money to be further borrowed on Credit of the Tolls shall be charged to form a Sinking Fund to repay money owing. When Sinking fund reaches £100 this amount to be paid to one of the Creditors by Lot.

XX. Any monies left from the Repealed Acts & monies produced under this Act shall be used as follows:
a) To pay for this Act
b) To pay Interest on money borrowed
c) For the Sinking Fund
d) For Making, Erecting, & Keeping in Repair Toll Gates, Weighing Engines, Toll Houses & other Buildings
e) For Widening, Repairing, Preserving & Improving the Roads & other incidental Expenses.
f) Any Residue to be used to pay Interests owing or carried forward to the next Year. It can be used for no other Purpose.

XXI. The Treasurer to keep separate Accounts for all these, especially the Sinking Fund.

XXII. This Act judicially passed as a Public Act.

XXIII. This Act to continue for 21 years & thence to the end of the next session of Parliament.